HOW TO GET TO TANJUNG PUTING NATIONAL PARK

From airport  you will drive to Kumai. Tanjung Puting national park is accessible only by river from Kumai port. Klotok, a typical traditional houseboat designated for tourist needs is the only convenient river transportation which will allow visitors to experience the nature around as it’s designed to slowly cruising down the Sekonyer river. Not only as transportation, Klotok also plays as a base accommodation.

Kindly see below for the flight schedule to Pangkalan Bun:

How to Get to Tanjung Puting

Since the Covid pandemic, some of the below flight are change. please email us to get new update of flights to Pangkalan Bun. We will help you to get to Tanjung Puting National Park.

There are 2 direct flight from Jakarta to Pangkalan Bun that operates daily. Flight schedule as per below:

There are 3 direct flight from Surabaya to Pangkalan Bun that operates daily.
Flight schedule as per below:

There are 3 DIRECT FLIGHT from Semarang to Pangkalan Bun that operates DAILY
and 1 direct flight that operates on Wed, Fri and Sun.
Flight schedule as per below: 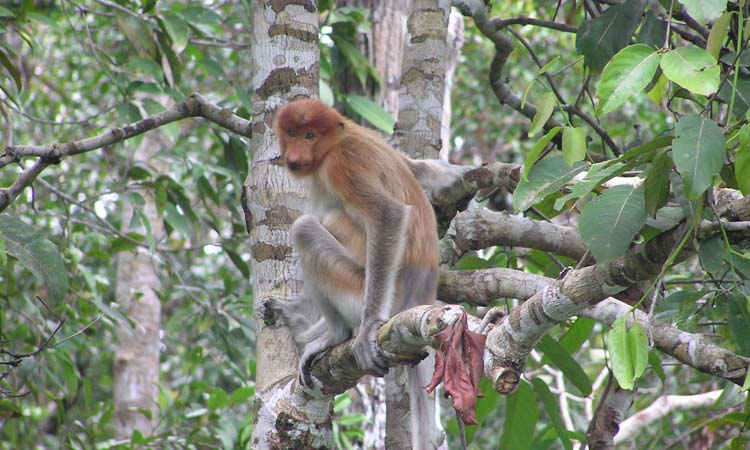 For those who wanto to have an adventurous honeymoon, Tanjung Puting National Parks has romantic river and forest that offer a romantic atmosphere.

The park is a world-renowned for its Borneo Orangutan conservation and its large biological diversity. In addition to Orangutan, Tanjung Puting national park is also home to proboscis monkey, gibbons, macaque, sun bears, wild boars, clouded leopard, porcupines, samba deer, many reptiles - including crocodile and python, and birds - including hornbill and kingfisher.

Tanjung Puting National park is one of the most popular eco-tourism destinations in Indonesia and the best place to see Orangutan in the wild where the Orangutan sighting is near guarantee. There are three camps in the park built as Orangutan research station and rehabilitation center where Orangutan usually come to find food in feeding time which is done on daily basis.

In your Tanjung Puting tour, you will see the orangutans - a lot of ex-captive orangutans - rehabilitated in the park. you will also meet the king of this area, the largest and the oldest orangutan who is still living in a wilderness of a national park.

The relative humidity of the area ranges between 55 and 98 percent and the temperature varies from 22 - 32 degree Celsius.