Yali tribe Papua living deep in the mountains to the east of Baliem Valley, West Papua. To reach them, we have to fly by chartered flight to Angguruk or Kosarek. From these villages, we will have to walk through the mountainous terrain, crossing the river by using a single log. Most of the trail are tremendous.

Daily temperature is very low. It can be ice freezing in the midnight. While in day time, it can be 10 – 15 C degree. Rain can happen at any time here.

Yali is the name that the Missionary named after three tribes group living on Kosarek and Angguruk area. The first one is Yalimeck or called also Yalimek or Meck peoples (some peoples called them Smeck), secondly is Yalimo, and then third one is Yalimbok. Among the outsiders, they are all known as Yali peoples.

Because of their isolated home, the Yali tribe Papua are more traditional than the Asmat people. A very distinctive things make the Yali peoples different from the other sub clan, is, the Yali men wear rattan loop along their waist.

Their main food staple is the sweet potatoes supplemented with pork or otheer flesh if available. Beside farming, they also do some hunting.

Arrival at Jayapura airport, then fly to Wamena, stay at hotel. Rest and Prepare for trekking, our staff will reporting your permit and do final checking. Take a good sleep

Today is long but consider easy trek, good for adaptation. Start from the hotel after breakfast, then transfer to Sogokmo village, about 40 minutes drive to the south. Arrival in Sogokmo, then cross Mugi river, follow the trail of the Dani from the riverside up to Hitugi and Yuarima. Both Hutigi and Yuarima lie on the higher altitude than Wamena. (Wamena is about 1,600 m above sea level). All the way we will be passing through the hilly terrain of Dani home, on the left and the right side are the Dani gardens with sweet potatoes and taro plants. Stay overnight at local house in Yuarima. The walk today is about 7 - 8 hours. Arrival late in the afternoon in Yuarima. Meals : Breakfast, Lunch Box, Dinner

After breakfast, together with our porter team, again, we cross Mugi river and then climb to the higher altitude. We proceed to the border between the Dani and the Yali area. Yogosem and Kiroma are the closest Dani village to Yali area. We will be passing through the Dani gardens as well as some small forest where the Dani peoples took their wood for the house and for fire.

Stay at the local house in Kiroma. Dani house called honai, round in shape, with a place for fire on the center. We spend 7 - 8 hours walk today.

The trail is getting more strenuous than before. We leave the houses and the garden of the Dani. No villages to see on the way today. We will be passing through the highland forest dominated by trees and ferns. If we are lucky, we may meet the Yali peoples with their penis gourd and rattan hoop along the waist. In some parts of the trail, we will cross some rivers, walk along the riverside and climb the hilly terrain. Most of the walk is heading uphill. We are at the altitude of about 3,000 today. In the evening, the temperature can be ice cool and the wind blows very hard. We need 6 - 7 hours of walk today.

Another difficult walk, heading to Swele camp / some local call this Swele hut. There is a small hut on our destination where the local hunter usually stay overnight in their hunting. Today we will pass a highland swamp where some water birds usually seen. The walk will be more difficult as we have to deal with muddy and wet trail. There are also soma small rivers we have to cross. The temperature is very cool up there. Stay at the hunter camp site.

Today is an easier difficult trail from the mountain down to Yali home. We will be passing through some dense forest with tress and giant Pandanus tress which are used by the locals as food and building material.  It a 7 -

8 walk along the steep trail down to Solinggul, a village with about 30 - 40 traditional houses. There is a small church here. Peoples at Solinggul (most of them) still wearing grass skirt and penis gourd. The locals usually come to surround us as the presence of the white is very seldom there. We usually have some cigarettes for the elderly (to show friendship), and some candy for the kids. Stay at the local house in Solinggul. Our struggle for days in the jungle has got it's prize today.

Solinggul village perches on a small hill, overlooking another Yali village name Waniyok. We descend about 1 hour from Solinggol to Waniyok, (many kids usually come with us till the end of the village). Along the way is the Yali garden with taro and sweet potato plants. We will have some great chance to see the Yali with their koteka work in the garden. Arrival at Waniyok, then have a look around the village and then proceed to Pronggoli. Pronggoli lies about  6 - 7 hours from Waniyok. We will be passing some small rivers, Yali garden, and forest till Pronggoli. About 30 minutes before Pronggoli, the trail will ascend after crossing Sule river. All the villages of Yali (Solinggol, Waniyok, and Pronggoli) lie on the western side of Yali.

After a night in Pronggoli, we walk back to Wamena through the different trail. The locals in Pronggoli built some ladders (there were 6 ladders made of wood about 5 - 8 me length) on Mt. Elit wall to climb this mountain. The wall is very slippery and steep. Our team has some ropes to assist people who are not strong enough to climb. The view along the way is very spectacular, while the wind blows quite strong. We will be crossing Mt. Elit slope in about 3 - 4 hours climb. Make a rest while enjoy lunch and the scenery.  Proceed to Matik, another 3 hours walk, some muddy and wet trail. Stay overnight at the tent.

Another walk along the highland forest, but the walk is much easier, descend from Matik to Wonggol camp and Kali Mulik. The walk will be about 6 hours, still muddy and wet trail. There are also some rivers about 2 - 3 m width we have to cross. Stop for lunch at Kali Mulik  riverside. Wonggol is a meeting point of 2 trails. The one to the lefty will take peoples to Pronggoli and the one on the right  will take peoples to Solinggul. From Kali Mugi, another 2 hours walk will take us to Kiroma. As Kiroma les on the border between Yali and Dani, many people here are the cross bred between Yali and Dani. They speak both Yali and Dani language.

We walk along the same trail, mush easier walk, descend from Kiroma to Yuarima. From Yuarima, the trail is quite flat till Hitugi. We need total 7- 8 walk today. Stay at the local house in Hitugi.

Last day walking, flat trail, about 4 - 5hours from Hitugi to Seinma. Passing through the Dani gardens and small compounds. Make a rest for lunch box in Seinma. Then proceed to Sogokmo for about 1 - 2 hours, another easy walk. Arrival in Wamena, check in to hotel.

Today we will drive to the airport for your flight to Jayapura and then continue to your next destination.

- Basic camping gear and cooking / dining equipment in the trekking

- Porter and cook during trekking

- Activities mentioned on the above program

- All expenses incurred due to the flight cancellations or due other causes beyond our control. 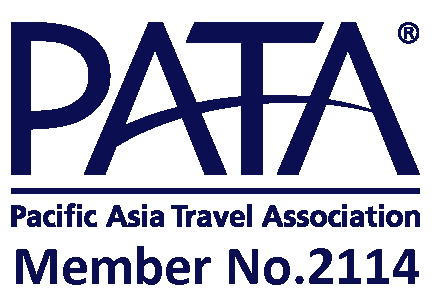